Welcome everyone! Read our fresh new announcement for the launch of BlockHunters . Read Now →

Now anyone can set up a treasure hunt wherever they like by either placing an augmented reality image somewhere in the real world or by adding a treasure anywhere in the world at a secret location. Set a start time and duration for the BlockHunt and finally transfers some Nano to the newly generated treasure account to complete the setup. The anchors are only stored 24 hours online, so the BlockHunt has to end within that timeframe. 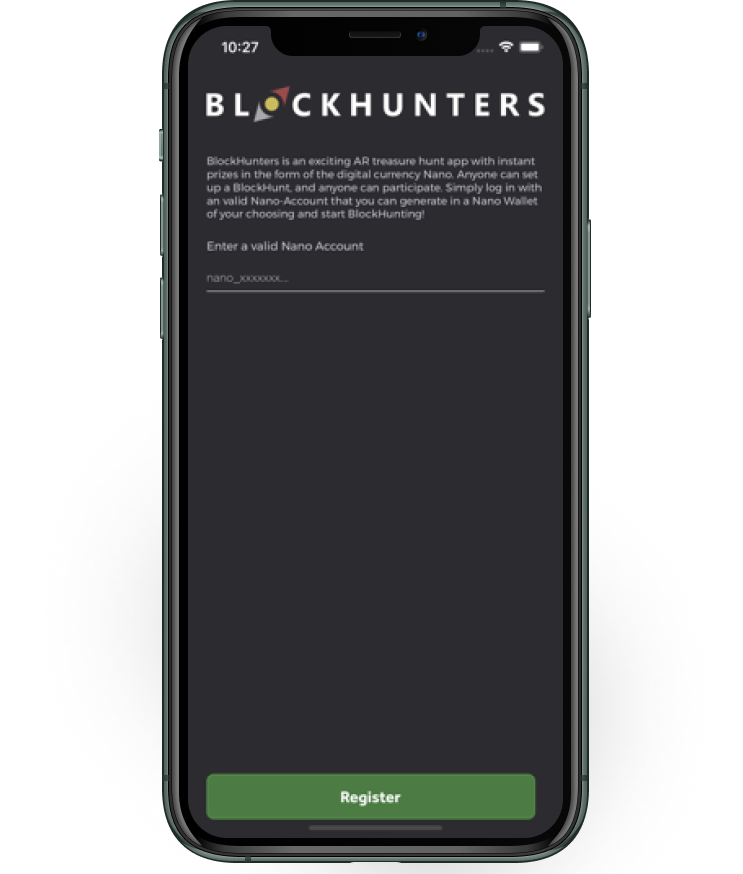 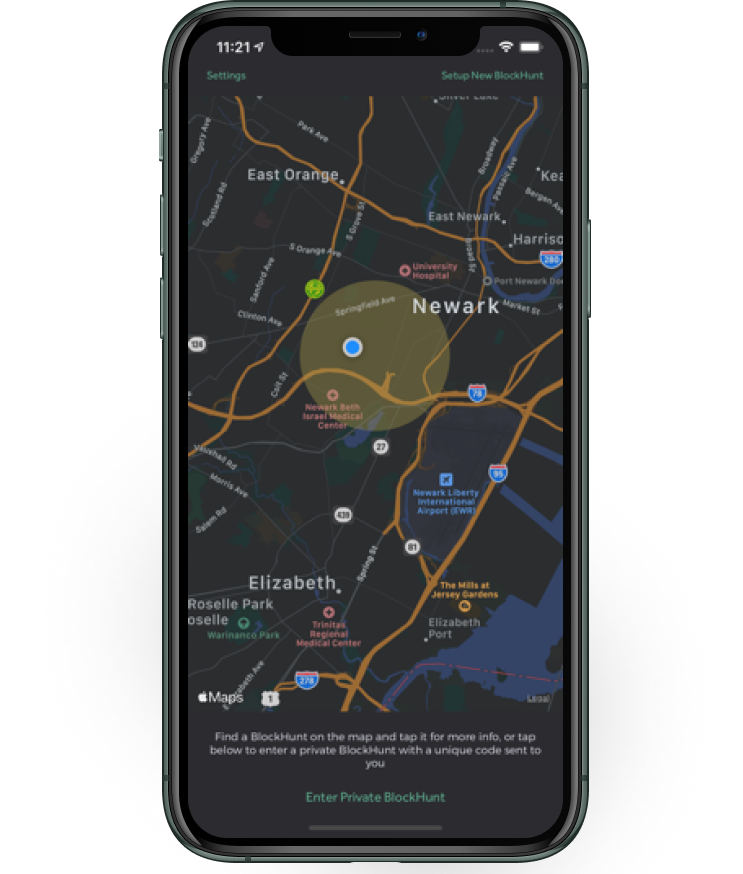 BlockHunts can be public or by invitation only. Invitation only is perfect for doing fun treasure hunts with a small group, or for universities that like doing scavenger hunts etc, where you don't want other people to join in.

People not participating in the BlockHunt can use the observe mode to watch as people try to find the treasure. This is also a nice option for the person that set up the BlockHunt, here he can follow along and see how the BlockHunters are doing.

When the user is within 50 meters of the treasure, the app goes to ARMode! Now it is all about using a combination of the map and the camera to find the treasure before someone else.

The first BlockHunter to tap the treasure wins the prize! If no one finds the treasure before time runs out, whoever was closest at any point in time during the BlockHunt gets it.

And if for some reason no one joins your BlockHunt, don't worry, you get the prize back when time runs out. 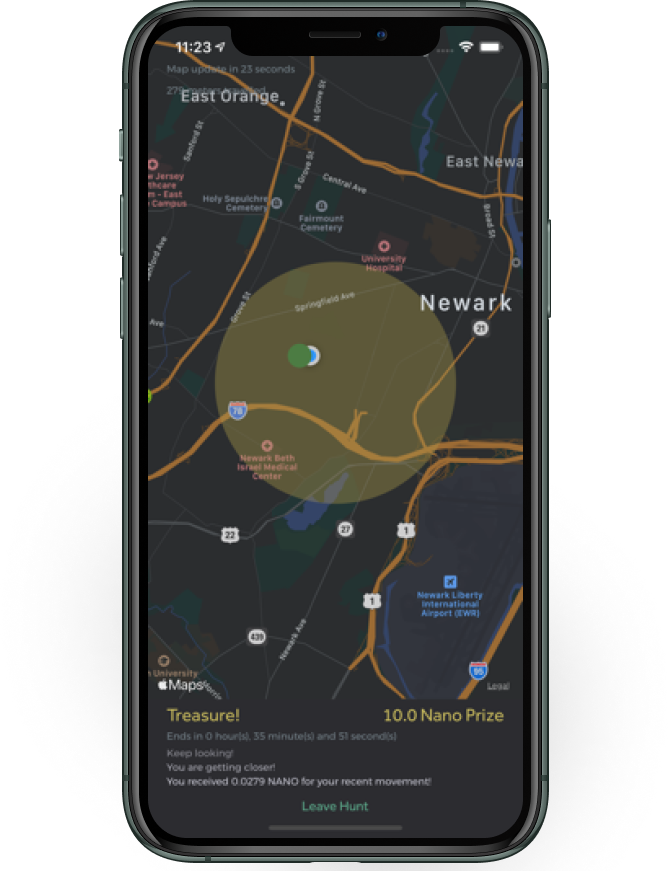 For general information about Blockhunters or other questions, email us at [email protected].
For support, go to our discord, or send an email to [email protected]. Do check out our other app, WeNano as well, you can find more info about that by going to www.wenano.net